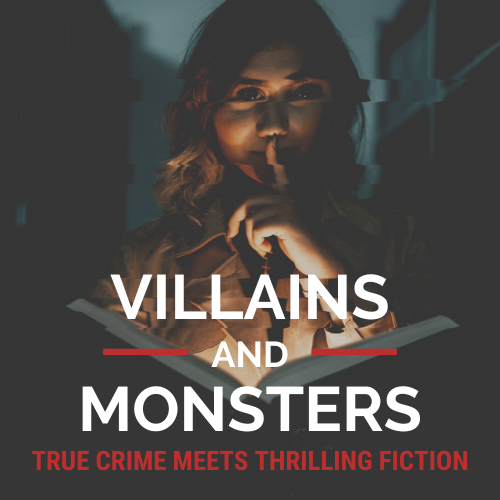 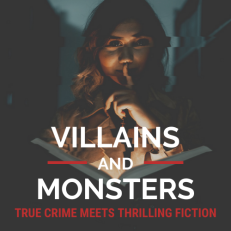 The Butcher of Plainfield

When we think of some of the most shocking killers in fiction, we often overlook one terrifying question… Who or what inspired these writers to create such depraved characters?

Imagination and creativity play a giant role, assuredly, but there’s one chilling truth you may not realize. Many of the horrors you see on television or read in books were inspired by reality, by soulless monsters who walk among us, by your neighbor down the street, by profoundly disturbed serial killers.

Ed Gein was one such monster. Unquestionably troubled from an early age, the appalling acts he committed as an adult and the heinous, entirely evil crime scene he left behind as his legacy would come to partially inspire fictional killers such as Norman Bates from ‘Psycho’ and Buffalo Bill from ‘The Silence of the Lambs’.

As a classic movie enthusiast, Hitchcock’s works are among some of my favorite films of all time. Movies like The Birds and Vertigo were rewound and replayed more times in my VHS than the modern blockbusters that hit the theaters in my childhood. And Hitchcock’s masterpiece, Psycho, scared me more than any of them. I will always prefer the black-and-white eek, eek, eek above any modern remakes, though I make an exception for the A&E hit television series, The Bates Motel. It’s fantastic. And it portrays the relationship between Norman and his mother in great detail.

This relationship is arguably a fictional portrayal of the relationship real-life killer, Edward Gein, shared with his own mother. Born August 27, 1906, Ed began disappointing his mother that very day. She had an older son, Henry, and was convinced having a daughter would “complete” her in some way. From infancy onward, Edward’s mother, Augusta, psychologically tormented Edward by expressing her wishes for him to be more feminine while simultaneously shaming him for “immoral” thoughts.

With an alcoholic father who couldn’t keep a job and a fanatical narcissist for a mother, Edward’s social skills were practically non-existent. The only time they were allowed to leave their property was to go to school and only because it was the law. When people tried to speak to Henry or Edward, she’d become hysterical and scare them away.

Later, in interviews with a psychologist after his arrest, Gein recounted a memory from when he was a child that had stuck with him into adulthood. When he was eight years old, he sneaked into the family’s slaughter shed, somewhere he wasn’t allowed to be. He saw his parents covered in blood and a pig carcass hanging upside down. He watched as Augusta sliced open the pig’s torso and its insides fell to the floor. He said in his interview, that this was when he had his first sexual release.

After the death of his father and the suspiciously not accident-like death of his brother, and with everyone out of the way, Edward finally had his mother to himself. But their honeymoon was short-lived as Augusta soon had a stroke and fell ill. Edward never left her side. He nursed her, doted on her, took her with him everywhere. Until she died and Edward became the man who would inspire horror writers for decades to come.

“lost his only friend and one true love. And he was absolutely alone in the world.”

Utterly devastated, Edward “lost his only friend and one true love. And he was absolutely alone in the world.” He left the rooms his mother frequented completely untouched, boarding up the upstairs where her room was, the parlor downstairs, and the living room. They remained pristine while the rest of the house turned into a literal nightmare. And during this time, a few residents from the area mysteriously “disappeared.” One of them, a tavern owner named Mary Hogan who disappeared in 1954, was considered missing and continued to be for three years…until Gein was arrested and questioned.

Fast forward to November 16, 1957. Bernice Worden, owner of Plainfield hardware store, disappeared. Her son, Deputy Sheriff Frank Worden, entered the store that evening and found the cash register open and blood on the floor. A hand written receipt that morning for antifreeze was the last transaction before her disappearance. Frank, remembering that Ed had been in the store the previous night telling Bernice he’d be back in the morning for antifreeze, knew exactly where to look for answers. Ed Gein. The suspicious, disturbed recluse.

And what they found horrified an entire nation.

In a shed, the police found Bernice Worden’s body, decapitated and hung like that pig Ed had seen his mom slaughter all those years ago. Upon further examination, they determined she was killed with a .22-caliber rifle, and her body was mutilated post-mortem. A gruesome, terrible discovery, the day would only prove to grow darker when they entered the house to search for evidence.

As you read this abbreviated list of what they found, think Texas Chainsaw Massacre and The Silence of the Lambs. But very, very real.

Edward Gein was arrested that day and questioned by the police. Here are some facts they uncovered during their interrogations:

On November 21, 1957, Gein was arraigned on a count of first degree murder where he pleaded not guilty by reason of insanity. He was diagnosed with schizophrenia, found mentally incompetent to stand trial, and was sent to a maximum-security state hospital.

Later, a judge sent him to live out his life in a state hospital for the criminally insane where he remained until he later died from cancer complications.

Norman Bates, a fictional Ed Gein, remains one of the most iconic villains in pop culture.

How much did his cruel mother’s influence affect his psychology later in life?

How many fictional tales did Ed Gein inspire? (Hint: more than you think!)

What, if anything, can we learn from Gein and other serial killers?